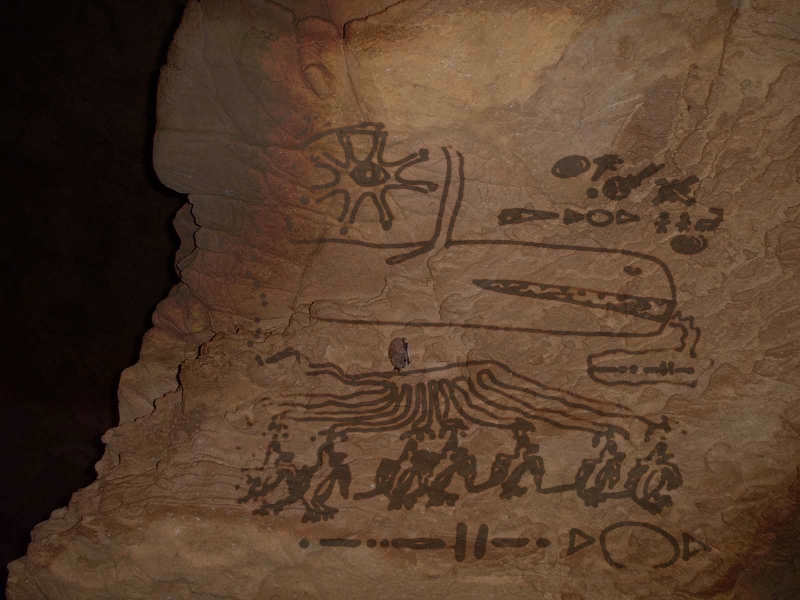 Scientists in Northern China exploring the recently discovered “dinosaur pompeii”, have uncovered what appears to be a cave painting featuring mysterious symbols and images. Given the location of the cave art, it is an enigma as to how such art, presumably made by ancient humans, could have been found covered over with the same material that covered the dinosaur remains. Further research is pending, according to sources present at the discovery. An international team of scientists is urging China to allow open exploration of the site. Chinese authorities have cited “safety and sovereignty” concerns, and are considering allowing international scientists on the site, “at the appropriate time.”